Some strange things happened. Something sure did occur.

From that day on, the air shifted. After that night, the morning after wasn't the same anymore.

I forgot who I was before the eclipse.

How did I go through all this time without realizing I've been missing out on this?

You've pulled the rug from under me. I wasn't ready but at the same time, somehow I've been waiting for this moment all my life. It was so strangely familiar too. Like I'd known and it didn't surprise me.

For that dreamful night, I thought, ok, perhaps it was just a one time occurrence.

But I was wrong. You were there again. I don't remember the second time cause I haven't recovered or deciphered what had happened.

Could it be destiny? Is this all fated?

Were all our past actions a culmination for this point in time?

Were our births a deliberate act from the universe too, for its almost identical time and day?

You said you do believe in destiny, fates. I was skeptical before, but now I too, for it's hard to ignore what I'm seeing and hearing.

Before long, I was sucked into the vortex. It was confusing, breathless but for once, in a long long while, I had a newfound purpose. I found my direction. I found myself. I found- you.

Are you my compass?

Before this, I wandered too far off the road I travelled. I did wonder if I could ever find my way back. I was so lost but I didn't even know I was. I was just on autopilot, going through life. I put on this facade to show I was not affected by what had happened a few years ago but I was only fooling myself. It did affect me, in fact, it is still so traumatic, I could not not talk about it without feeling all choked up.

Fast forward to the next lunar eclipse, November 30th. They say three times a charm. They're right again.

In the midst of all the chaos, I searched for you. And you're there, at the center of it all, bringing everything into focus. My focus. Your arms reached out to me. Your embrace. Your warm embrace engulfs me. It's the safest place in the universe. There was literally no place I'd rather be. Just when I thought I'd get swept up in the hurricane, you're there to anchor me down. Your endearing smile for me when I call your name that only I knew. Everything was so clear to me. You're home itself. MY home.

What stars aligned in the sky for this to happen? Are these just eclipse dreams? or my imagination? If so, how did I even conjured this out of thin air?

But you are real. All these are, in fact, very real.

and now here I am again, writing an entry.

Do people still blog? or is everything vlogging now? I figured since I own this domain under my name, I might as well make full use of it. Is this my emotional trash can? Maybe, no one will read this anyway.

Looking at my last post and today, I realized some things are pretty much still the same, although a lot of what was and what is are very different. Worlds apart different.

But the hunger to go after my goals is still burning within me. I still have it, or at least I hope so. If it were to diminish, I don't think I could go on living. I do hope even after the day I reached all my goals, I'm still hungry for more, other things to achieve, new target to reach. Well, Steve Jobs did say, stay hungry.

Not to be ungrateful for what I have and will have, I'm just reminding myself to not settle. Cos once you settle, you go idle. An idle mind is the Devil's workshop after all. When I say reaching new goals, it didn't have to be something huge. It could be just maybe maintain a healthy sleep schedule, try working out on alternate days consistently, learn a new language and speak it fluently. People always have the impression that trying to reach a new goal in life has to be something out of this world- measurable success. What if for some being able to get out of bed in the morning is already their biggest goal they could ever reach for the day? Perspective is very important.

Somedays I just want to love myself a little more and then other things crept up and I forgot about it, about myself. Other things are being prioritized. Suddenly other trivial stuff became more important than my wellbeing, my sanity, most importantly- myself. What other things could be more important than myself? You must remember that, no one is responsible of yourself other than you. No one will put you first except for you. No matter what people say, we are responsible for ourselves. Others can support, give you strength but only our own selves that could save us.

I have nothing specific to get off my mind actually. It just so happen I remember I still have this space and decided to get some writing done. Nothing specific. It doesn't seem like it but my last post was half a decade ago. So many things had happened since. Although while living it each day, it doesn't seem so. It's always like this, isn't it? You go about everyday routinely, then before you know it, half a decade gone. Soon, a decade will go by. What if the next time I drop a post, blogging is not a thing anymore? Just like the cassette tapes. Back then, who would have thought it'll go extinct? or maybe not extinct cause I think I saw it being sold as some artist's merchandise somewhere now. My point is, who knows what the future holds? Who would've thought the government would plead its citizen to stay at home? Suddenly being an introvert is something to be applaud by.

I don't know much, but I know this. The future is fickle. Today it's there. Tomorrow might not seem like it. Or maybe it still is. Just not for us anymore. Or only yours to take but not to them anymore. Who knows? Who is making all these rules? Who is calling the shots? Why is it easy for some but insurmountably difficult for another? Who creates these so called balances? How is it fair for any of us? What is fair? Is it the choices we make? Who gave us these choices? Did we even have choices to begin with? So many questions but not one answer. Guess we'll never know. At least not for sure. 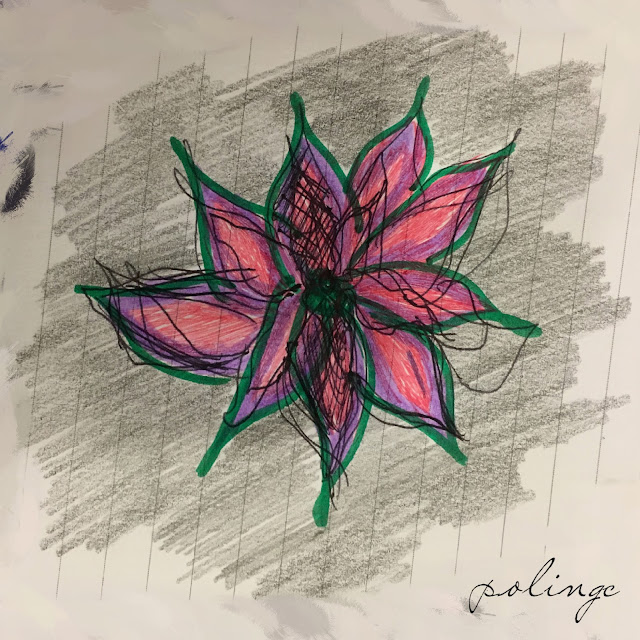 If there is, is there?

If there is such a thing
as romance
Then it's bound to be at the edge
like everything else.

If there is such a thing
as true love
How can you be so sure?
That it's forever real and everlasting.

If there is such a thing
as pain
How can there be happiness?
with all that we suffer.

If there is such a thing
as 'the one'
He must be feeling lonely
hiding from me... for now.

Is there really such a thing
as all the emotions that we feel
wasting our time
or aren't we?

disclaimer: I do not own this beautiful piece of poetry. All rights goes to the original poet.
Storytold by polingc